Primdollie!!!!
Send me an email at QuirkieCraft@gmail.com and we'll work out your awesome prize package!

Yay, that was fun - over way to soon it seems like though. Thanks so much to everyone who participated in my first giveaway!! I feel the love and want to keep sharing it in turn!

School started this last week and I am thoroughly exhausted, even though we didn't do much of anything yet. Another week or two and I'll be back in the swing of things, but I'm still trying to finish up all my summer projects that are half done before school work becomes too much. I'm pretty excited about my printmaking class though - once I have some prelim sketches I'll share them on here.

While I don't have anything really done yet to post (except one piece of art I made for myself that stubbornly refuses to take pictures well) I have been working on my first yarn bombing project!

For anyone who isn't familiar with yarn bombing, essentially it is street art in the form of knitted or crocheted designs applied to the landscape in some form. Here's some awesome examples I pulled from the web: 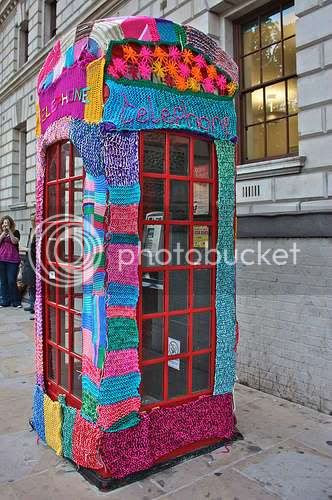 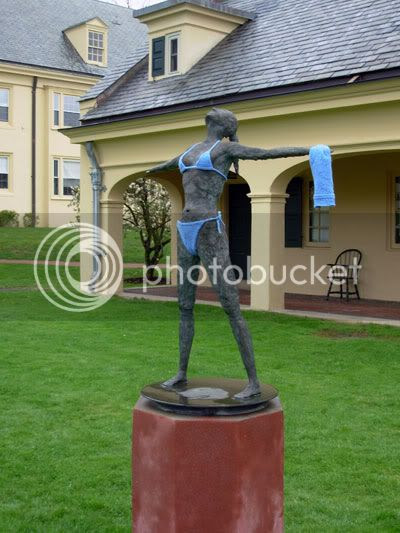 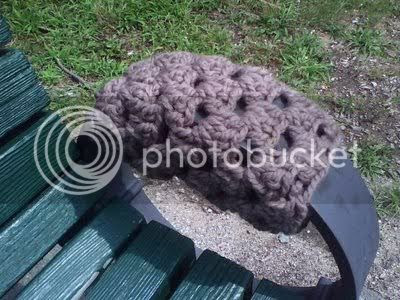 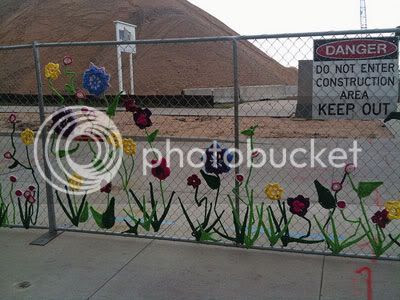 It can be as big and dramatic as you want, or as quiet and intimate; it doesn't matter. I love how each piece must have taken at least a little moment of forethought in the creator's mind about how they wanted to interact with the environment. It just brings a smile to my face, the unexpected.

Mine won't be nearly as crazy wild for sure, but I did snap a few pictures while I was working on it.

Here are some stars sitting on my keyboard as I work - I chose a star pattern because I thought it would be pretty and would stand out more so than more linear designs....I'm kinda just winging the whole thing as I go though. I don't have a "drop site" picked out at all. I was thinking I'd bring it to school with me eventually and put it up between classes or something haha. 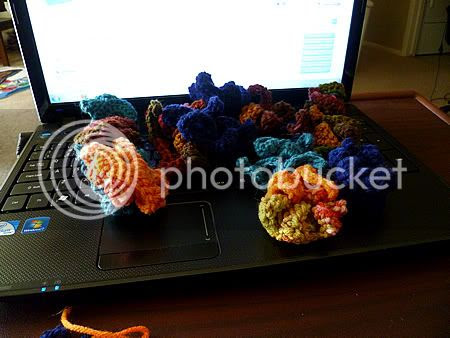 Here's a picture when I started sewing them together - I think it would work out well against a fence but I almost want more of a challenge than that. Like wrapping it around a pole, or suspending it between two vertical objects. I made a lot more individual stars that haven't been sewn on yet, and I think what I'll end up doing is sewing it all together and then cutting it down to the needed size on site. 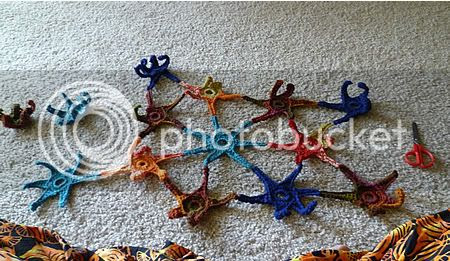 Its very exciting, but I must admit I'm a little nervous that someone will come up to me and tell me I can't do "whatever it is that I'm doing". I might wait til it gets a little darker in the evening so it won't be so noticeable when I put it up hah.
Posted by QuirkieCraft at 5:33 PM