Its what day now?

I cannot even believe how fast this month has gone by. Christmas lights are popping up everywhere and I'm trying to remind myself that I need to be doing some Christmas shopping while getting all my school stuff done so I don't end up leaving it all to the last minute. Lately I've been working on monoprints for one of my last big assignments in printmaking. Basically, a monoprint is a completely unique print that can't be mass produced as is the goal of most printmaking techniques. Ironic I guess that it's my favorite thing to do in printmaking, just because it allows me to play with other mediums and experiment.

Admittedly these pictures kind of suck, but I thought I'd share a few that I have at home right now.

My teacher likes to have us focus on a theme throughout the semester so that we can explore the subject as our prints progress....we had to write an artist statement as well so I'll share that with you guys now.

"What was previously commonplace on the street and in people's homes has quickly turned to outdated forms, abandoned for the “better and faster.” Through analysis of these visual objects and their residual function, I seek to rediscover their value. My prints create a narrative, imagining these objects taking on a life of their own. By deconstructing, rearranging, and adding elements, I translate our own obsolescence in an age where technology increasingly has more power and control over our lives than we do."

It's all highfaluting art speak but basically what it boils down to is my concepts were built on the idea that so much in our society is thrown away at the drop of a hat - as I love the look of vintage technology I thought to find other ways to reinterpret it - and of course my imagination took over so to reinterpret it I created little stories in my head about what these inanimate objects would do if they were given their own "life" after being thrown out and abandoned. It's how my brain works - go with it.

So these are all monoprints. Created from prints I made in class, cut apart, painted over, glued to other things, etc. I even did some embroidery stitching on a few! 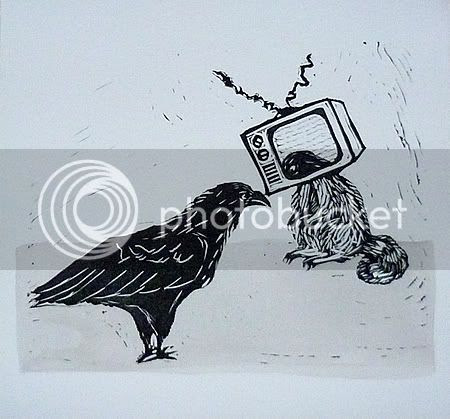 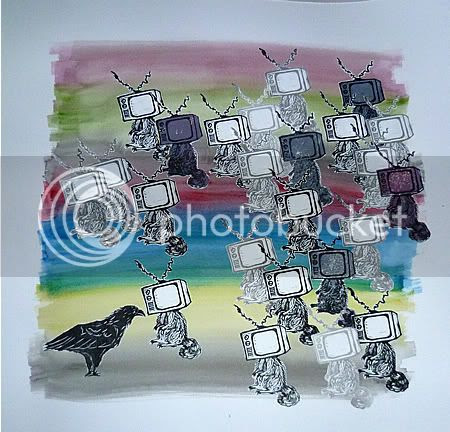 The webs on this one are all embroidery! The picture does horrible at conveying the texture but it's pretty awesome. 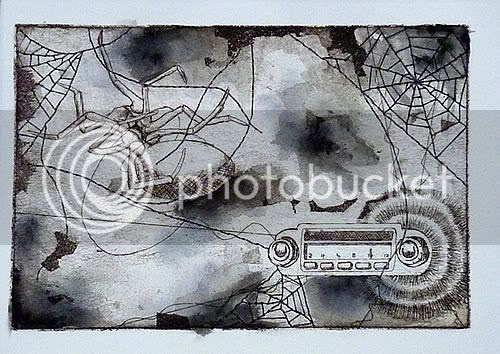 Also some more embroidery in the root work. This one isn't done yet - After I finish all the roots, I'm not quite sure where to go from there....hopefully I'll figure it out 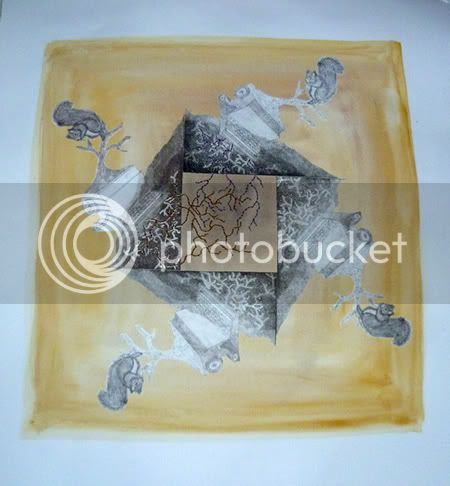 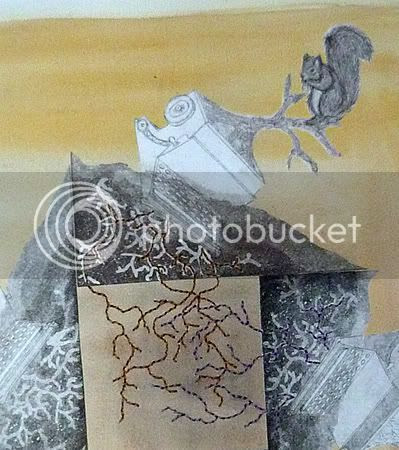 There's one more that pretty much my favorite one but I left that at school of course. Pictures will come eventually.
Posted by QuirkieCraft at 8:19 PM