So there's a saying that goes, "that which holds the image of an angel becomes itself an angel," and in that case, we're all in trouble...and it's all my fault. Oops. Ok so I'm not talking about your standard fluffy baby with white downy wings that goes around with a halo over it's head. I'm talking about the super awesome, very scary weeping angels that are the best Doctor Who villains in my humble opinion.

I have a friend who is an equally big Doctor Who nerd (or perhaps even bigger, it is very possible), and I decided for one of her Christmas presents I was going to attempt to paint a weeping angel! Now I'm not known for my painting skill, and I would not really claim to have any to begin with, but ever since my drawing classes at college, and my newfound awareness for light and shadow and generally being able to render a somewhat accurate representation of objects in 3-D I thought it would be a fun project to attempt. And if I failed I'd burn it and no one would ever know. But to my delight and surprise the painting came out rather well (for a beginner anyway).

Here was my primary reference image 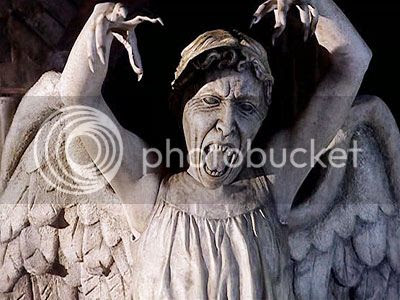 And the final product! 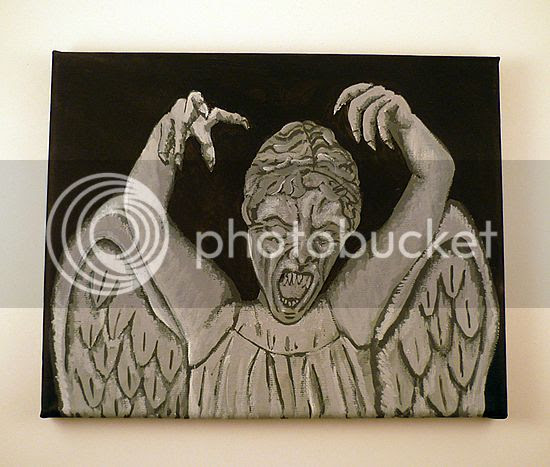 I was using acrylic paints and I know that they have a tendency to dry very quickly but I was surprised by just how quickly that was; blending the shades was quite a challenge! I think I did it well enough but of course AFTER I finished the painting I researched mediums to extend the drying time, thus allowing more time for blending, and remembered something called acrylic retarding medium. Duh. Well next time I'll pick some up. But in any case I'm happy with how this came out. The background is a bit flat for my tastes but I don't want to ruin it when I'm happy with how it is as it stands.

The first layer: all black. I was trying to sketch out the darkest shadows and planned to do shades of grey over it. Ironically when I put the grey on top it almost completely covered up the black areas which was surprising. But I recovered. 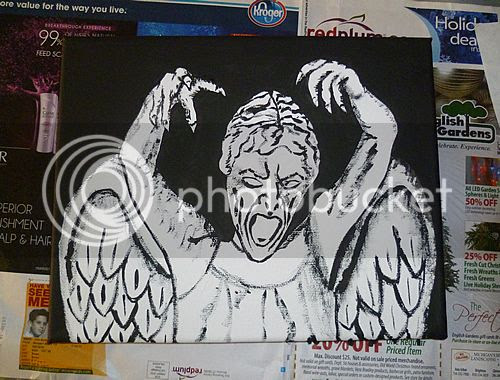 More layering, trying to flesh out the shadows and light. 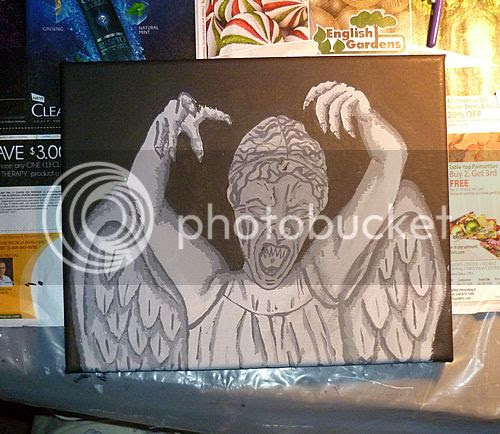 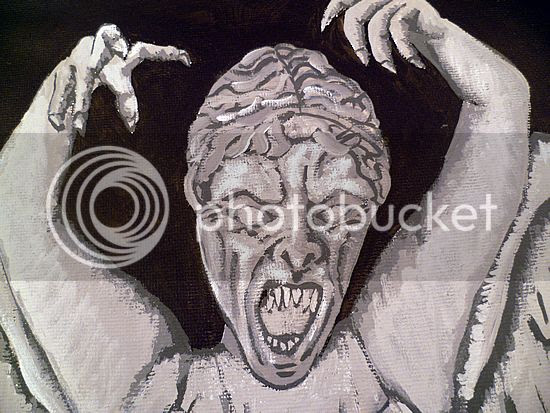 Shots of the edges. 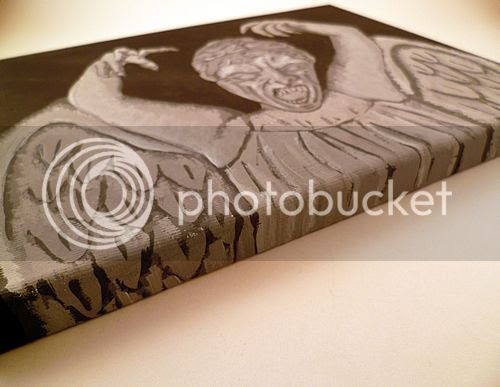 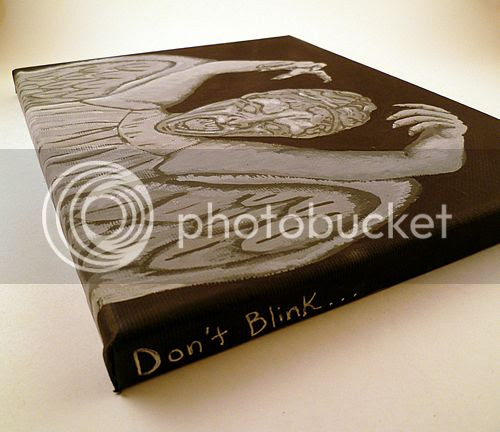 I really am happy with how this turned out and it makes me want to paint more. Now what will be my next subject!?


Edit: I was watching The Nightmare Before Christmas and made a shocking discovery!!!! 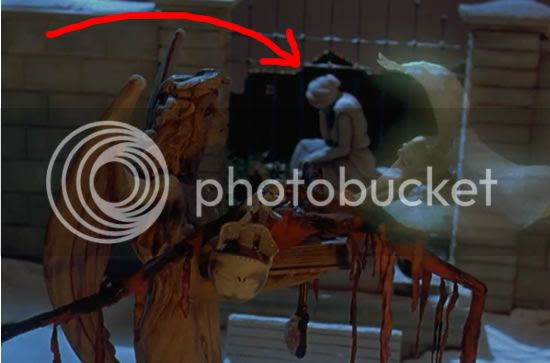 Weeping angels have long since infiltrated that world as well! Is there now where safe?!

Posted by QuirkieCraft at 1:13 PM