Being awake at 5 is not something I relish

I'm up with a headache which unfortunately happens from time to time. It's not earth-shattering by any degree but its annoying enough that I can't sleep. Anyway, I meant to check in with the week's progress so I guess that's one thing I can get accomplished while I sit here on the couch...in the dark...alone and annoyed.

It is kind of funny how productive I get when there is something I really really don't want to do that is on my to-do list. This last week I've been meaning to and continually putting off doing a very simple report for the ceramics class I've been taking this summer - I'm not sure why I don't just get it over with...or well, honestly I do. Because it'll take me an hour or less and I have way more fun things I'd rather be doing. I'll get it done eventually...it's not due for another week.

So here's what I've done over the weekend.

I finished the dice for my friend's wedding! 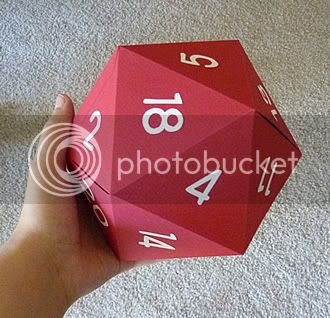 That's only one of the eighteen dice I made for her to hang in her reception hall. I wish I could get a picture of all of them but they're made with tabs that will be glued just before hanging so my attempt to temporarily tape them together for a photoshoot was rather difficult and I gave up after the second one. I'll be sure to bug her for pictures of them when they're fully assembled though. It's kind of funny that's the second gaming/toy that I've constructed larger than life, and also for a wedding - the first being a giant lego I made for my bf's brother's wedding. 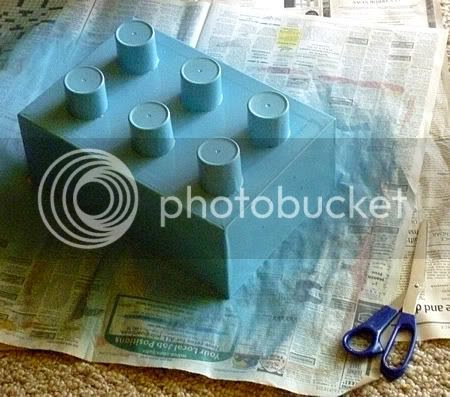 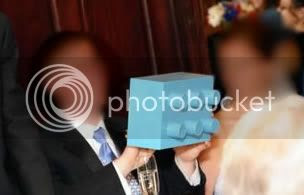 Anyway, the dice are off my plate and just in time to go to New Orleans on Friday! I'm pretty excited though ambivalent about the weather, specifically the humidity. I'm not used to it, having grown up in the temperate climate of the Pacific Northwest and generally get really rocking headaches from it (i.e. not so awesome =(). That small worry aside I'm looking forward to it.

Let's see, I also finished a logo commission for a friend of mine that I've been working on slowly for the last month and a half...more not working than working honestly, but I finally got it done and that's the important part! I even carved out a stamp for her to use for her new business - btw this is a shout out for Tonya Perry at BlueHeron Stitchery who does the most amazing patchworky type bags that I believe is what she will be primarily selling. Look for her on etsy! 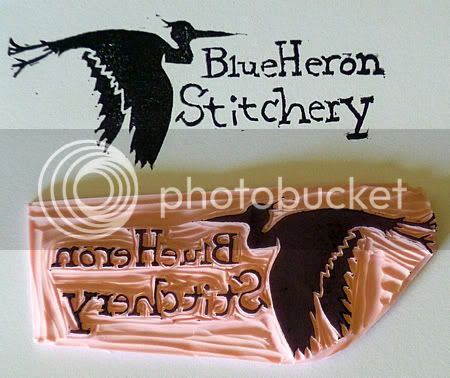 That's it for photos, but in addition to those two things I also finished my top secret surprise for Nicole that I will finally be able to post on Friday!! I can't wait! And I started a hoopla (a decorated embroidery hoop for anyone not in the know - very popular on craftster right now) for the most awesome erica_tattoos. The concept is amusing to no end, and honestly before I gave up on sleeping, I was laying in bed thinking of what techniques and mediums I was going to play with in this piece...pictures to come no doubt!

So see, I can be super super productive when I really don't want to do one simple thing. It's kind of ridiculous but eh, at least something good comes out of it.

Have a great morning guys! I guess I'll try to go back to sleep again.
Posted by QuirkieCraft at 2:48 AM