Printmaking, procrastinating and other awesomeness

This last week I was in a funk. I don't usually let my stress get the better of me, but I had such a hard time shaking it I took a half a day off from school *gasp* (skipping one class, shhh don't tell) to just mellow out at home and try to relax. It's the last month and half of the semester so now the pressure will probably stay at an elevated level and I just need to find my groove. I think I might be getting there though..I hope. I've completely let go of my TM goals this month and likely November too...but I can't even fathom trying to get them done with everything else so I can't say its a bad thing. I know when I have nothing else going on I'll be working like gangbusters on it so I'm not worried. In the meantime though, when I need a crafting break I've done a few projects as xmas presents for friends. It's a nice change of pace to be sure. Of course nothing can be posted til they receive!

My printmaking project was due this past week so I have a few snapshots to share - of course I only had my cell phone to use so they're definitely not detailed but I'll try to get better pictures in the future. 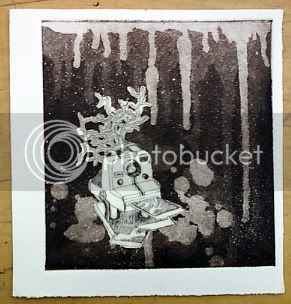 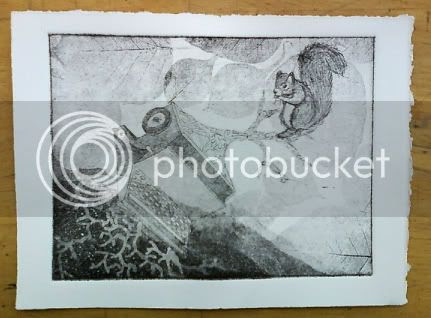 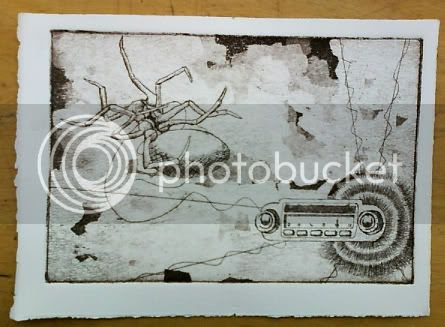 I'm a bit bummed by the bottom 2 just because they didn't turn out as dark as I had hoped and I ran out of time and motivation by the end to get it done. The teacher is allowing us to redo one to submit for a better grade if we want. I haven't even seen my grade but just because it bugs me I might try to redo the bottom one.

Also here's a sneak peak of my next printmaking project 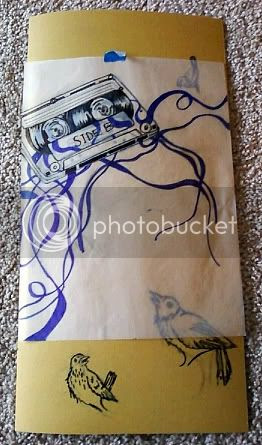 It's a lino cut that we have to do a 3 layer overlay for....my right wrist hates me for it (broke it when I was a kid so it's always been somewhat weak). But I'm pretty excited about my base image so it'll be fun to see how it develops.

And some TM goodness you might not have seen before! 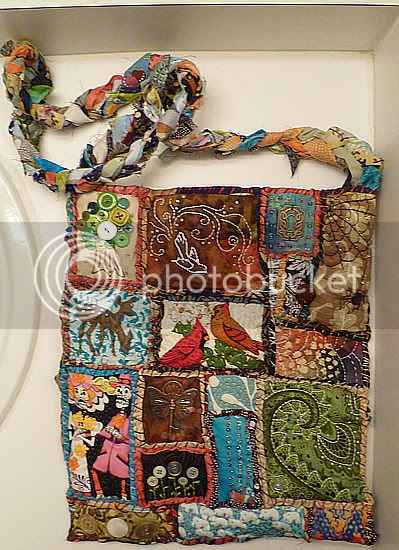 Hope you guys have a great week!
Posted by QuirkieCraft at 6:12 AM